What is the Process of Reunification Therapy? Your Guide 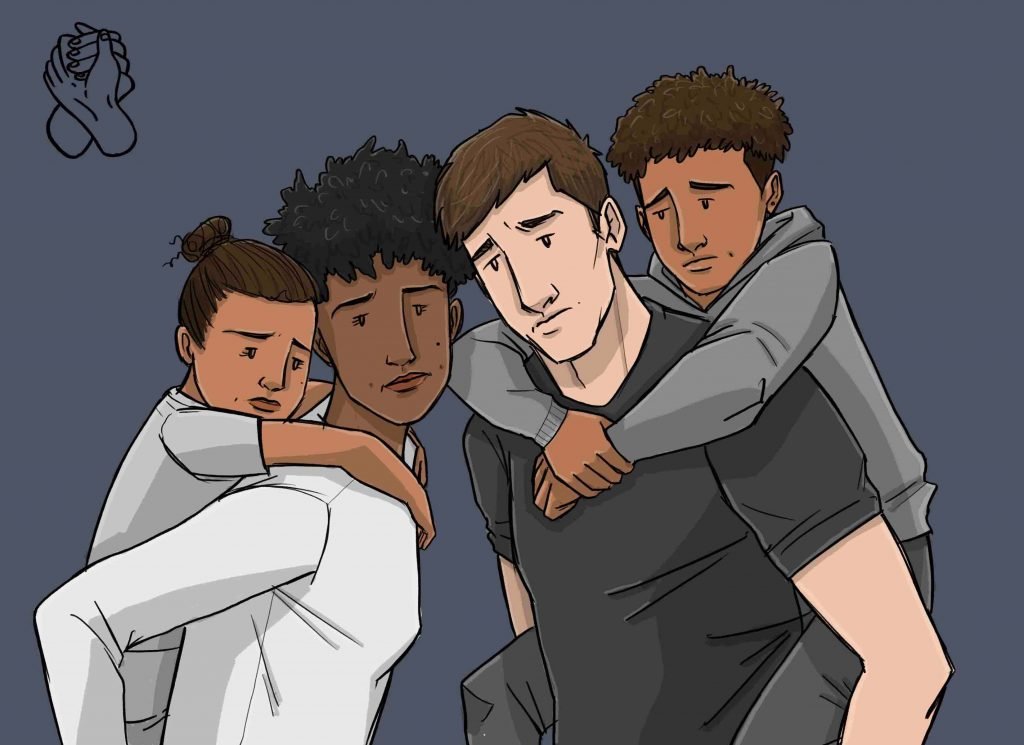 What is the Process of Reunification Therapy?

Reunification therapy is a form of family therapy often court-ordered when a parent-child contact problem has culminated in the child refusing to spend time with one parent. Abusive parenting, domestic abuse and violence often is the reason for this. This is one of many valuable therapies to help those in need.

Here is What is the Process of Reunification Therapy? Your Guide.

In today’s blog post I am going to go through all the angles of Reunification Therapy to help better inform you.

When a marriage dissolves, it is a distressing and challenging time not only for the parents who split but for their children. Although the hardest part of divorce for most parents is if one has to spend less time with their kids, their kids experience the impact as well.

What is reunification therapy?

Frequently in the aftermath of a divorce or separation, a physical or emotional distance builds between a parent and their child. Even if the reasons that contribute to a physical or emotional distancing between a parent and their child are not intentional or inherently negative, divorce and separation can take a toll on everyone in the family.

Reunification therapy is designed to restore the relationship between a child and parent. This specific therapy between a parent and their child is healing, helpful, and in some cases, necessary, despite the circumstances of the marriage or separation.

For various reasons, divorce and separation can cause parents and children to lose touch. When this happens, children lack the support and emotional connection that comes from having both parents in their lives.
Reunification therapy is a therapy intended to reconcile and reinforce this fundamental connection in a child’s life. It is also beneficial for the parents’ happiness to fortify this relationship.

The goal of reunification therapy is to bring the parents and children together. Not only to foster connection but also comfort and communication. This therapy can encourage family members to be honest with each other and engage in healthy behaviors and communication to solve conflicts and prevent future issues.

However, it can be difficult for all of the family members if they haven’t been to therapy before. I suggest you share these two articles with your family, and read them yourself; What To Talk About In Therapy & How to Get The Most Out Of Therapy.

Other types of Therapy

Reunification therapy is often paired with each family member seeing a separate therapist. This can help in multiple ways for the family and each person individually. When going to therapy alone, this article Things To Work On In Therapy will help you.

Here are 9 different types of therapy available for you to try:

What does reunification mean?

The term ‘reunification’ refers to the restoration of unity between a divided place or group. Reunification is also something that occurs between foster kids and parents. It is a process that allows foster children to return to a stable environment with routines. The term, in this case, refers to the fact that foster parents benefit the mental health and overall lives of children once they have a consistent and loving environment.

The same underlying idea applies to children who become separated from their parents, even though their parents are the only ones intentionally or legally separating. While every child reacts differently to divorce and separation, some have emotional struggles that persist when they lack the consistent love and support of both parents. If you are reading this an unsure of how to tell your parents you need help, our article How To Tell Your Parents You Need Therapy will help.

Children are better off not just emotionally but socially and academically when they have both parents around. When they don’t, it can lead to trouble focusing on school, behavioral problems, social withdrawal, difficulty sleeping, and increased anxiety. Do you have anxiety and unsure how to explain it to your parents, read this article How To Explain Anxiety To Someone.

With this in mind, reunification therapy is not just about reuniting families but restoring and supporting happiness and wellness for children through their relationships with their parents.

What is the process of reunification therapy?

Sometimes parents engage in reunification therapy because they want to improve their relationships and family dynamic. In these cases, this therapy is voluntary, but sometimes it is court-ordered following a divorce. The intention is to ensure children are not abandoned or that one parent is not alienated from their kids.

Typically, reunification therapy is done in a clinical setting, but sometimes it’s delivered at home. Meetings can also take place in a state-provided facility or another neutral ground.

What is the family reunification process?

The family reunification process begins with an initial assessment by an experienced therapist, this could fall under the structural family therapy concept. Through this intake, the therapist discerns the core issues between the children and parents to channel their efforts effectively.

Therapists will then walk parents and children through exercises to help enhance communication and connection. Whether the activities are more geared toward talk therapy or games depends on the child’s age. However, talk therapy typically occurs despite age and may address the parents’ struggles with being present and the child’s hesitation to connect.

In a standard divorce case, parents are awarded partial parental rights or joint custody. In this case, which is most standard cases, each parent will be able to spend as much time with their children as possible. However, this is the best-case scenario for divorced parents with children; not every divorce or custody case goes this smoothly.

In some cases, one parent will contribute to the parent-child distance by fighting ruthlessly to keep the child to themselves. This can occur when behavior between parents is uncivil, so to achieve custody, they resort to manipulation or even violence.

Some parents may skip out on their family and relocate without the other parent’s consent. In other cases, a parent will move away for work or other significant reasons but fail to prioritize their child just the same once they leave. At that point, part of the issue could also be that traveling to see their children regularly isn’t in the cards for them financially.

In either of these cases, the distance that builds between a child and parent can cause that child to reject their parent. Or a child might refuse to see their parent because they carry resentment, disappointment, and blame toward one and not the other

For any of these reasons that have led to conflict or estrangement within a parent-child relationship, reunification therapy is often a court-ordered therapy mandated by a family court.

Reunification therapy may also be mandated if one parent failed to appear for divorce proceedings or left the family.

Also, some children aren’t as comfortable visiting with their non-custodial parent. For reasons not involving abuse or another legitimate concern, a court can order reunification therapy to help them feel more comfortable.

Who pays for reunification therapy?

Despite the circumstances leading to court-mandated therapy, the first step involves a mediator who will discuss the possibility of reunification therapy with a judge, lawyer, or another court official. When the court orders therapy, they also assign the amount each parent should contribute toward the fee.

For voluntary cases of reunification therapy, parents will find an experienced therapist who offers the care and sensitivity they need to address their unique issues and successfully reunite their family. To help with paying for therapy, some therapists allow for sliding scale therapy.

Before thinking about how much money you will possibly be spending, read our article How Often Should You Go To Therapy. It will help you feel more confident in these beginning steps.

When reunification therapy works, all of those involved win.

Sometimes it takes other types of therapy to pull it all together like parent counseling or reintegration therapy. Another less talked about therapy choice for families and loved ones is MDMA therapy. Currently MDMA therapy is not legal to many, but it is in the process of being legalized and an option in the future.

The best thing everyone involved can do is accept that getting help doesn’t make them weak, but instead it helps them grow as a individual and as a family.