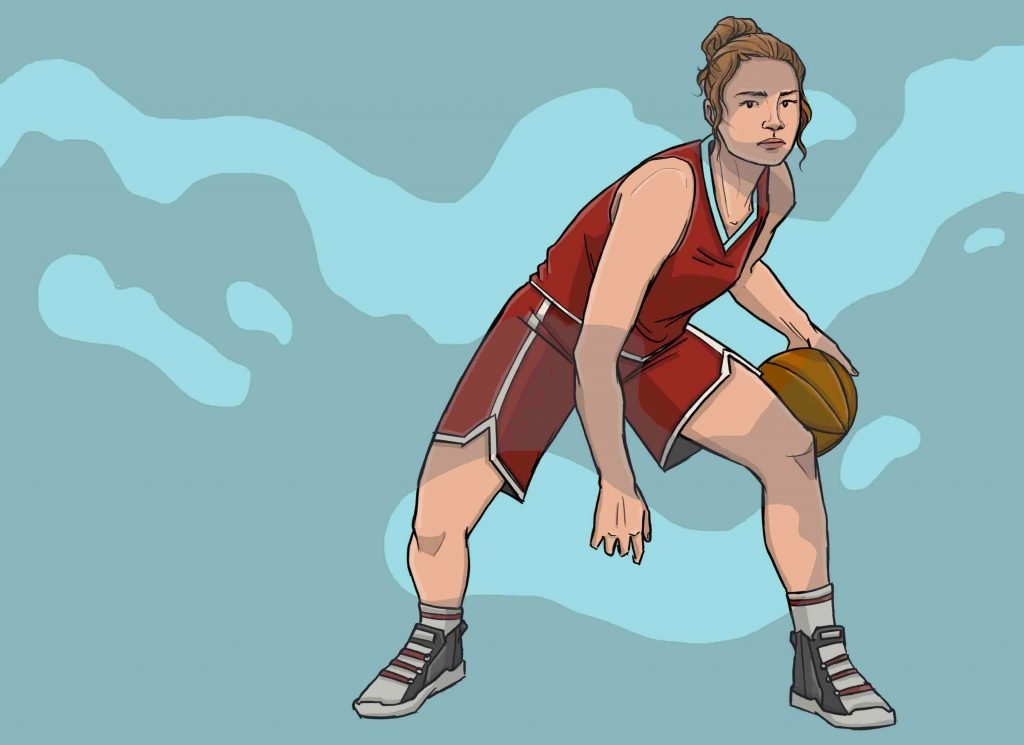 Mikaela is a passionate mental health advocate, speaker, writer, athlete and researcher. You can find her first novel The Sifting Project here.

My story is scattered like anyone else’s. All I ask is that you consider the many things that may have happened between its tentpoles. I can outline these tentpoles, and tell you that in December of 2015, one of my childhood friends died by suicide. In February of 2017, after battling Obsessive Compulsive Disorder and Major Depression for most of my teenage years, I attempted suicide as a full scholarship varsity athlete at Stanford University and a member of Team Canada. In October of 2020, my therapist took his own life, after saving mine.

I did finish my basketball career at Stanford and fell in love with my studies of the brain, behaviour, and creative writing, which wonderfully inform the work I’m doing today. There is much brightness, love, and light that continues to come from the dark. But that’s the thing — they have always coexisted, even if that coexistence has fluctuated in favour of one or the other.

There isn’t a then and now. My mind didn’t flow linearly from the rags of depression to rich, fruitful, enlightening thoughts. I was left torn. We all have been at some point.

I’ve spent many midnights trying to narrate my mental health experience — the factual, chronological account of the path between rain turning into ice sheets, to finding the temporary calm in the eye of the storm, to realizing that it’s okay if cloud cover is my baseline.

Healing isn’t a place you arrive to, nor is it the moment when you can mend your tatters into something of a story to comfort or relate to others — we don’t ever really cross the metaphorical bridge between the past and present. Time is fluid — we’re always on this bridge, as it continuously elongates into both the past and present. Thus, healing is lifelong, and it is defined by how we learn to live with our minds. Living with our mind, in both the past and present, is knowing which direction we need to wander along the bridge at any given time. Now, or what is supposed to be healed is arbitrary.

As a writer, I’ve spent long hours trying to craft my story into something that lifts people’s spirits. I often wonder what would happen if I only gave the raw, inedible, crumbling dough that eventually baked into bread — something that nourishes in a hopeful space around the table. The truth is, the shadowed, chilling side of depression — the crumbling, uncooked dough — isn’t welcome in most spaces. We post about mental health on social media, but in reality, the pathology and symptomatology of depression are acutely categorized as toxic, negative, and pessimistic energy to cancel out of our lives. People with depression are left to drown in their humanity.

I was doing a virtual run with Tommy Rivers Puzey in Bolivia a few days ago (he’s incredible, check him out here), and he mentioned something that made me think about this dynamic: when a localized war erupts, the rest of the world has a performative habit of getting involved when art, historical structures, and landmarks — the conceptualization of humanity — is destroyed, dehumanized, or ravaged. The world doesn’t necessarily act when humans themselves are battered, bruised, bleeding, and begging.

We follow a similar trajectory with people who are mentally ill — we applaud those who can package their story into artwork as I have done in writing. Though there is inherent clutter, wreckage, and chaos woven into these stories and art, we readily discard the people who can’t package their clutter, wreckage, and chaos into something awe- inspiring or hopeful. If you can’t build a cathedral out of the bricks of your experience, your humanity is almost considered noxious. If you don’t package your behaviours into the statement “this is depression” then those behaviours fall into what most people seek to sift out of their day.

The people who struggle to translate their experience into the hero’s journey are then left wondering:

Who do I tell my story to?

Is it worth telling if I don’t have words?

Don’t get me wrong — I am immensely grateful for the artwork (in any form), that people create from their rubble, and it has a vital place in our systems. However, you shouldn’t need to produce stainless steel words, art, or structures for your suffering to be vigorously validated and responded to. Though art and writing are wonderful, they inadvertently perpetuate our need to categorize within the vein of mental health and illness. We categorize people who “are going through it” as different from those “who have gone through it.” We more readily listen to the second group because they appear inspiring and hopeful. To be honest, I don’t think the second category exists. Energy is not created or destroyed, and though its energy may shift, trauma is trauma.

There is a complex bibliography underneath the artwork created by those who share their mental health battles with us. As there is bravery there is pain — value the raw humanity behind anything, not just the purity of the way it is packaged for your viewership. We tend to react when the beautiful parts of things are visibly destroyed or torn down. In truth, that’s what the enemy attacks last — they attack many other things first, notably social determinants of health. People are denied and harmed long before their creative representation of their experience is.

Despite my ability to write light well, I have had very unclear, terrifying, and defeating moments in the dark that I cannot amalgamate for you. I shouldn’t have to. My lived experience has enabled me to become an advocate for mental health, though I am still learning how to be a better one. I don’t reside on one side of the bridge we talked about earlier — a bridge can’t be binary.

Sometimes, re-walking into the pain of the past is harsher than it was the first time, but that’s called healing. I don’t always have graceful or radiant words to package these moments into. Even when I do, they feel like a Band- Aid on a broken heart — I can’t capture everything.

But here I am, trying to reach you anyway. Maybe hope lies in the effort to know that people have complicated stories that we must value beyond the words they use to describe them. As a reader, you must also know that your experience is valid in and of itself. Words are just a combination of lines, not unlike scars. When they’re messy, gaping, and open, we turn away.

We only listen to the story behind them after they’re healed into a compact, neat, organized line of scar tissue. The scar isn’t the humanity, as the map isn’t the terrain. You know what caused the wound, closed it, and allowed you to live with it — that’s your story. It doesn’t need words to be allowed to exist.

PrevPreviousWhat Is Sliding Scale Therapy? 4 Answers To Help You Decide
NextReunification Therapy: All You Need to KnowNext